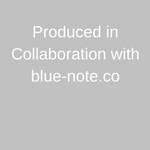 The 2017 Cheltenham Festival was packed full of entertainment and excitement but the drama is now over for another year. Racing fans have had a couple of months to reflect on the meeting and focus will now turn to next year’s event. While it may be a tad early, we took a look at four of the key races (one for each day) and consider who may come out on top…

Without a doubt, the Champion Hurdle is the highlight of the opening day. In recent years, Willie Mullins has dominated this race and the returning FAUGHEEN could be the one to beat if he regains his best form. 2017 winner BUVEUR D’AIR will fancy his chances though and British champion trainer Nicky Henderson will be quietly confident of claiming a second successive victory in the race.

A difficult one to call; mainly as nobody quite knows where DOUVAN will go in 2018. A Gold Cup horse in training, he struggled badly at this year’s Festival although Mullins revealed an injury in the aftermath of the race. Given the uncertainty surrounding his future, it may be wise to visit Bookmaker Ratings and check out their free bets – use these instead of going all in on a potential flight risk.

Yet another intriguing battle awaits in the Stayers Hurdle. In the build up to Thursday’s big race, everybody was tipping Harry Fry’s UNOWHATIMEANHARRY to romp to victory but it just didn’t happen. Instead, Ruby Walsh gave NICHOLS CANYON the perfect ride to win at 16/1 and racing fans could be set for another titanic clash. This truly is a test of stamina and one of these two superstars could be the way to go here…

Last but by no means least, we have the Gold Cup. At his best, THISTLECRACK could win this at a canter – that is how good he is. Colin Tizzard has an absolute beast at his disposal and he will almost certainly be aimed at this race in 2018. This year’s winner SIZING JOHN must be respected though, especially as Jessica Harrington has been in phenomenal form. If truth be told, the Gold Cup is a lottery; every horse is good enough to win.

Leading trainers for The Festival at Cheltenham 2019
https://www.eclipsemagazine.co.uk/the-festival-2019-leading-trainers/