This Remembrance Sunday, 11th November, marks 100 years since the end of World War 1, in which Britain lost over 480,000 horses – one horse for every two men.

To commemorate the horses and cavalry who lost their lives, Great British Racing has produced a video using historic equine images from the war.

The video will be played at Ffos Las and Sandown Park Racecourse on Sunday. A two-minute silence will be observed at the racecourses at 11am, along with the rest of the country.

Horses were integral to the British military effort throughout World War 1, reliably transporting guns, ammunition, artillery and supplies to the front.

They were sourced from breeders, auctions and private families, and officers supplied their own horses. Horses purchased for the Army had to meet certain criteria: over three years old, at least 15 hands high, healthy and the right size for the work they were purchased to do.

The primary aim of the Army’s veterinarians was to prevent disease and injury, and horses were inspected daily by veterinary officers. The British Army Veterinary Corp hospitals cared for 750,000 horses and three-quarters were successfully treated.

Without horses, the Army could not have operated as successfully as it did.

National Hunt Jockey, Tom Scudamore, will be thinking of the animals and men who fought for Britain this Sunday, including his Great Grandfather, Geoffrey Scudamore, who was a radio operator in the RAF during the Second World War.

A successful amateur rider before the war broke out, Geoffrey had his plane shot down and spent two years in a prisoner of war camp, during which time their family had no idea where he was. Tom says his Grandfather, the late jockey Michael Scudamore, shared the story with him and spoke of the huge amount of bravery these young men had.

“It’s phenomenal that during those wars, men and women were willing to sacrifice their lives for the greater good. Some paid the ultimate price, for us to live our day-to-day lives, and it’s only right that we pay our respects this Sunday, 100 years on from World War I,” he said.

He added that the contribution of horses during World War I cannot be understated, especially with the mechanics of war and the horrors they had to face.

“I feel enormous respect for those horses. You can only have the strongest admiration for the people and animals that were in active service. That’s why racedays like Sandown and Ffos Las on Sunday are important

In recognition of 100 years since the end of World War 1, Sandown and Ffos Las Racecourse will observe a two-minute silence at 11am along with the rest of the country, before racing starts this Remembrance Sunday. 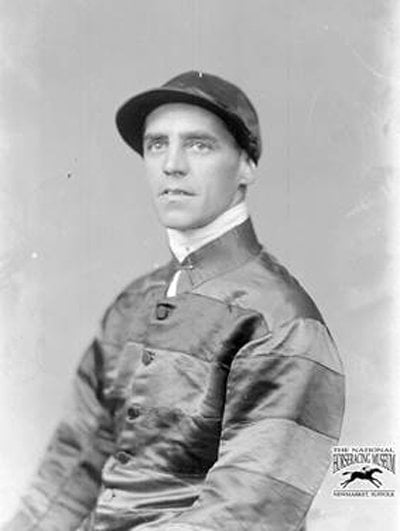 Jockey Joe Childs is remembered in racing as a champion jockey, having won 15 Classic races in a career that spanned 35 years, and is also admired for his riding efforts throughout World War 1.

Born in Chantilly, France and raised in Britain, Joe began his career in 1899 and rode his first winner at Lincoln in 1900 aged 16. He spent time riding in France and Germany but returned to England at the start of the war and joined the 4th Hussars.

He was granted regular leave from his cavalry regiment which enabled him to race ride in England, and in 1918 he gave all his resulting riding fees to regimental funds. This included his 1918 Triple Crown success, with champion racehorse Gainsborough winning the 2,000 Guineas, the substitute Derby and the substitute St Leger. All three legs of the Triple Crown were run at Newmarket Racecourse that year, due to World War 1.

In 1925, Childs became first jockey to King George V, riding for him and trainer William Rose Jarvis up until 1935.

Throughout his career, Childs won the 2,000 Guineas, the 1,000 Guineas and the Derby three times each, as well as the Oaks and St Leger four times each. He also won the Ascot Gold Cup no less than four times. 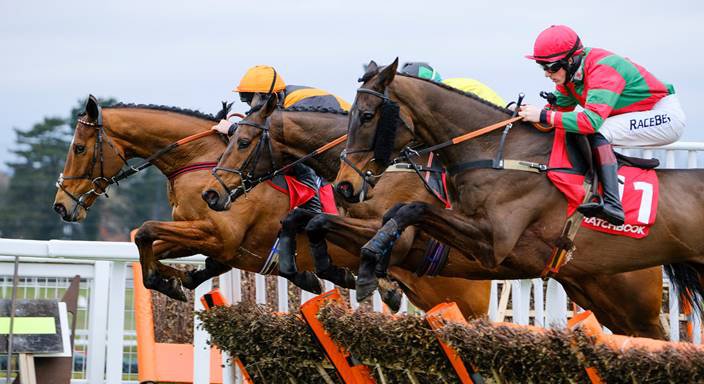 This Sunday, 11th November, sees the beginning of the Jump Season at Sandown Park with an action-packed jump racing card for the 188BET Jump Season Opener.

Widely known as one of the best viewing racecourses in the country because of its natural amphitheatre, Sandown Park is the perfect place to see Jump Racing for the first time.

Gates open at 10.45am with the first of seven races at 12.45pm including the 2.20pm 188BET Future Stars Intermediate Chase (Class 1 Listed Race) which was won by Nicky Henderson-trained Might Bite last year before he went on to win the King George VI Chase at Kempton Park on Boxing Day.

As well as some fantastic racing, Sandown Park will be commemorating Remembrance Sunday on and off the course with a two minute silence at 11am and jockeys wearing poppy armbands.  The Royal British Legion is the charity for the day and volunteers will be on hand with poppies. Children’s activities will include poppy biscuit decorating and other crafting opportunities. There will also be face painters at the course throughout the day.

Tickets can be booked from sandown.thejockeyclub.co.uk or by calling 0344 579 3012. Under 18s go free when accompanied by an adult and there is a special discount for all serving and former members of the armed forces and their family.  Please contact 0344 579 3012 for more details.

Derby Festival 2020: Love is favourite for the Oaks https://www.eclipsemagazine.co.uk/derby-festival-2020-love-is-favourite-for-the-oaks/

EM Design Awards 2020: And the winners are… https://www.eclipsemagazine.co.uk/em-design-awards-2020-and-the-winners-are/