In glorious sunshine and against a beautiful backdrop, the racing at Royal Ascot 2018 was of course top drawer.

Onto race one, the Norfolk Stakes for two year olds, which was over before it began, a cavalry charge down the 5 furlongs. The American raider Shang Shang Shang provided Wesley Ward and Joel Rosario with another winner and made up for the disappointment of Lady Aurelia early in the week. Pocket Force came at him with guns blazing but just failed to get up on the line. 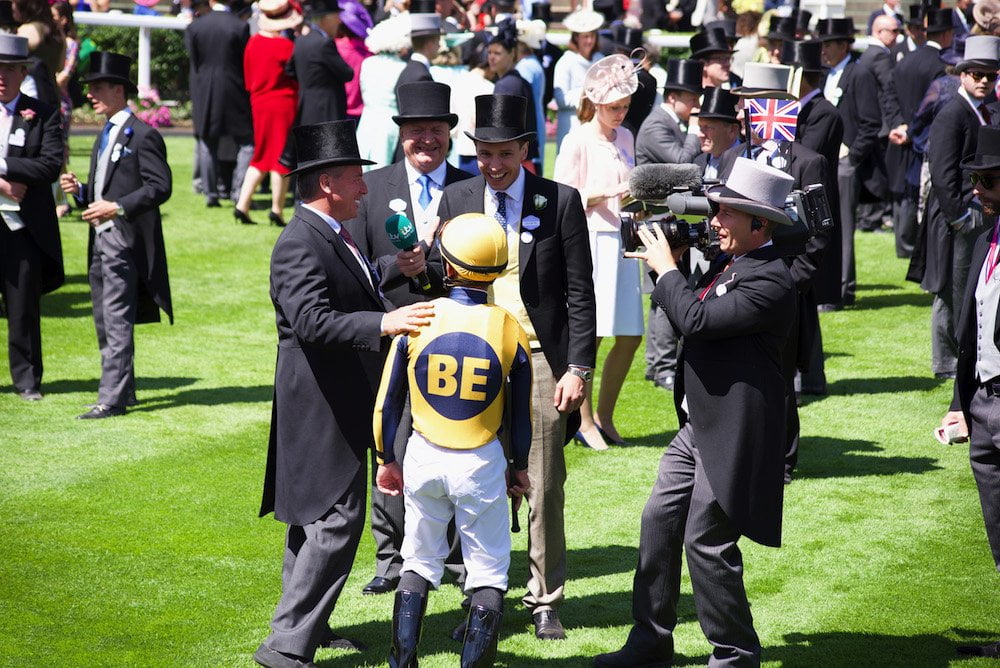 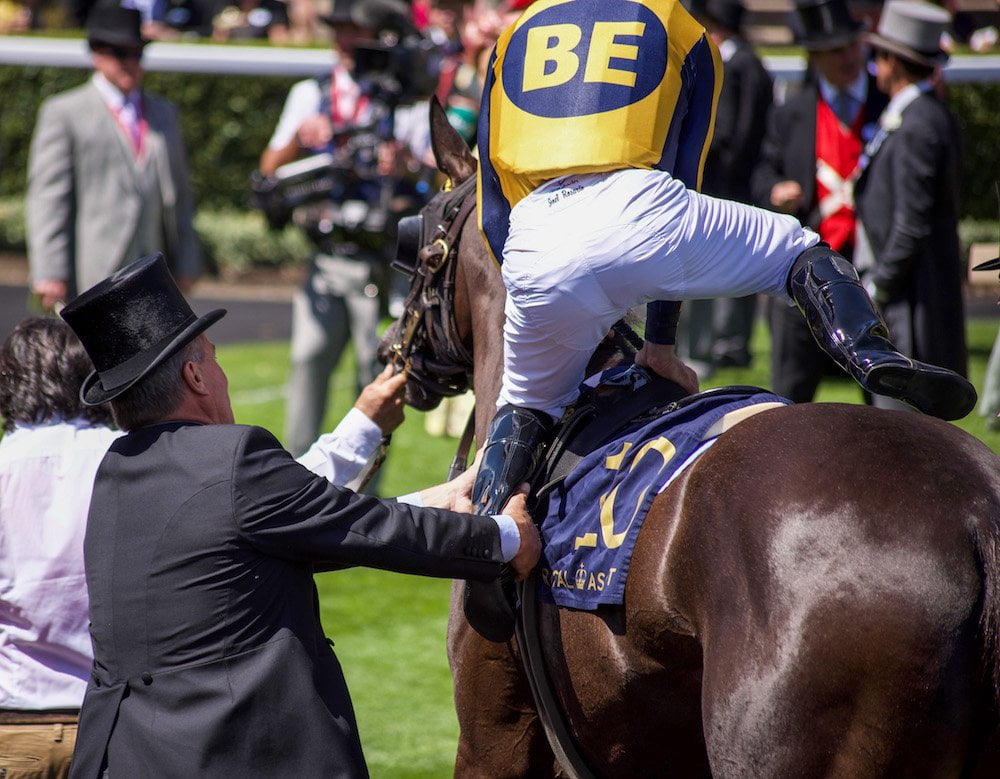 Race two was the Hampton Court Stakes for three year olds and was won by Aidan O’ Brien’s Hunting Horn who ran out an impressive winner from John Gosden’s Crossed Baton. Hunting Horn was one of two runners sired by Camelot who were successful over the five days. A great boost for the Coolmore Sophomore sire. 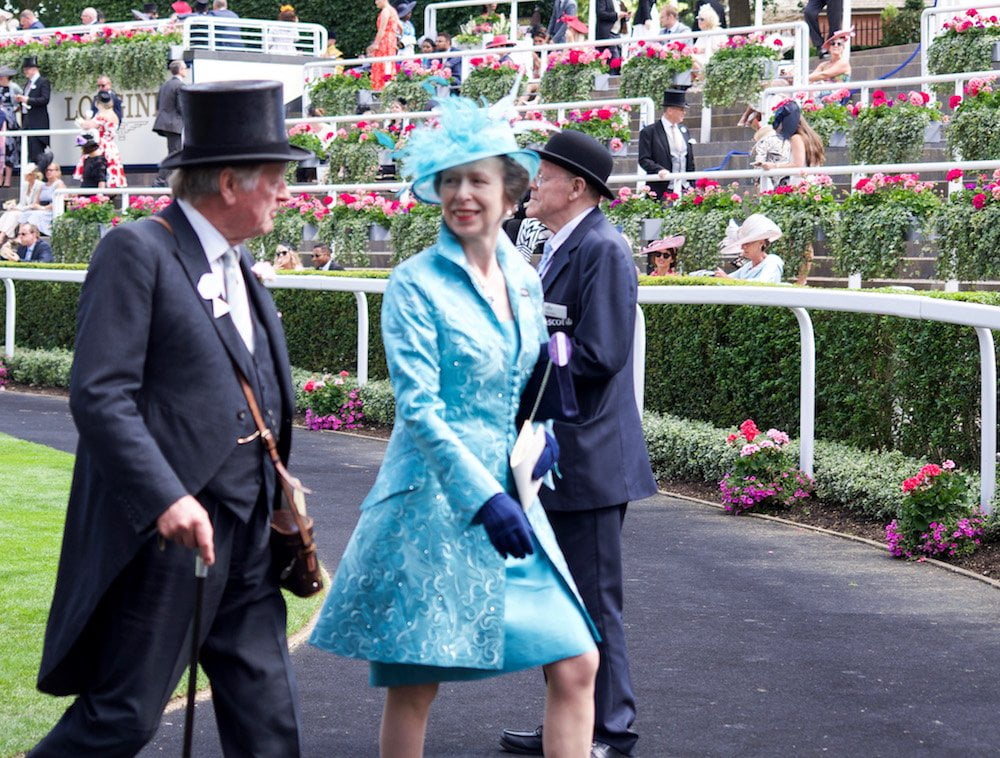 Race three was the Ribblesdale Stakes, the Ascot equivalent of The Oaks, and was won in outstanding fashion by Magic Wand who reversed the placings in The Oaks and stormed away from Godolphin’s Wild Illusion. What a lovely filly she is. Rachel and I watched her in the parade ring with her tongue hanging out and totally relaxed. She came back in after her performance in exactly the same way.  She was our favourite horse of the day. 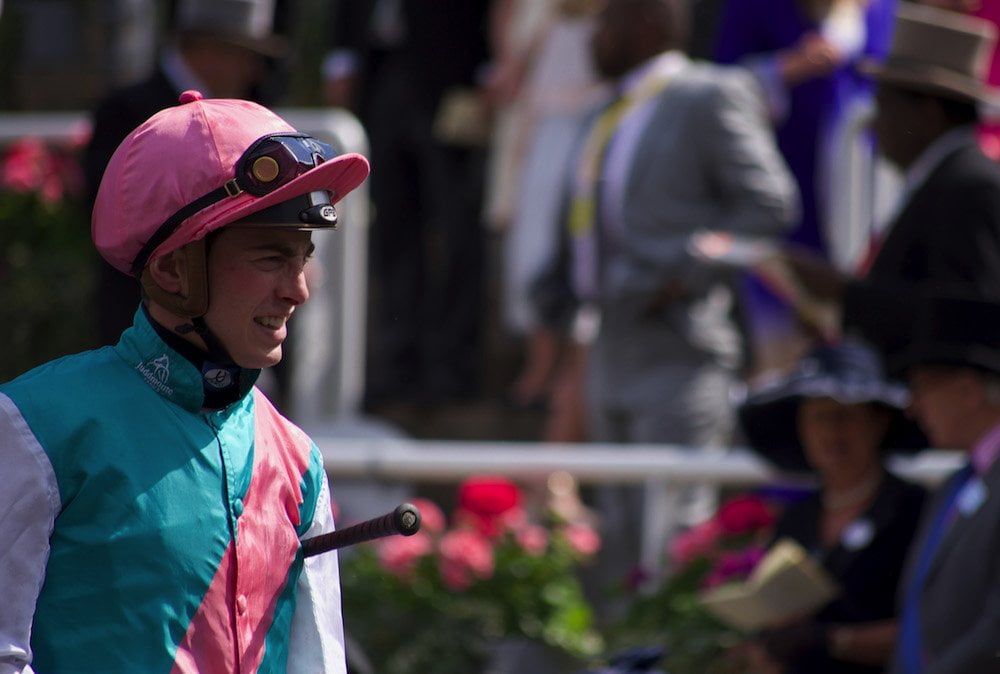 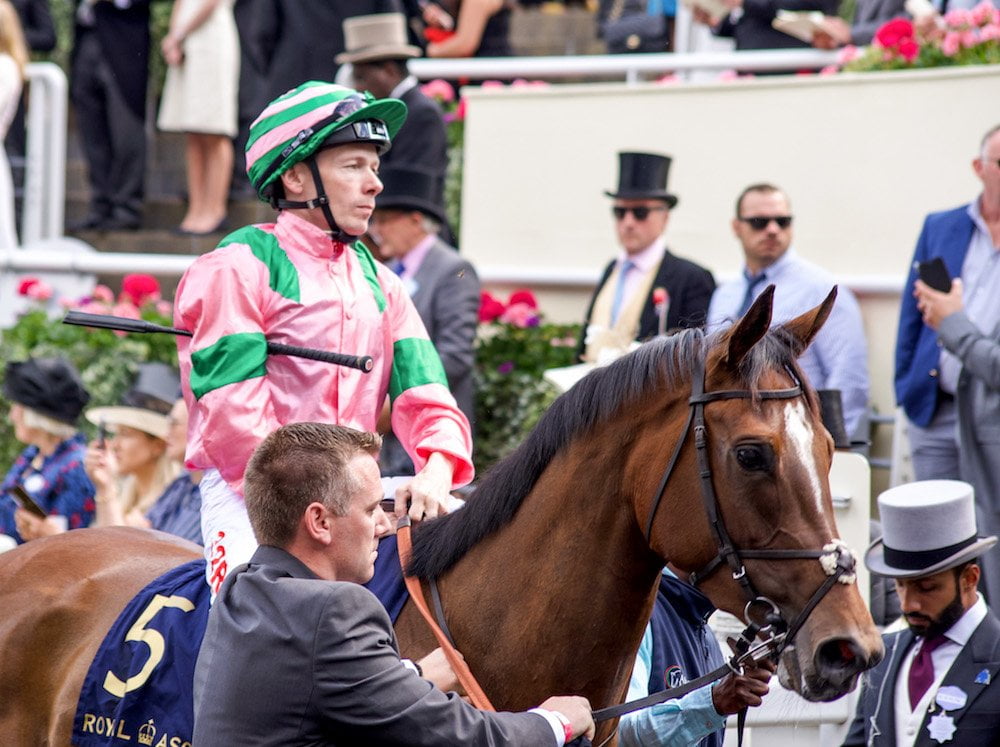 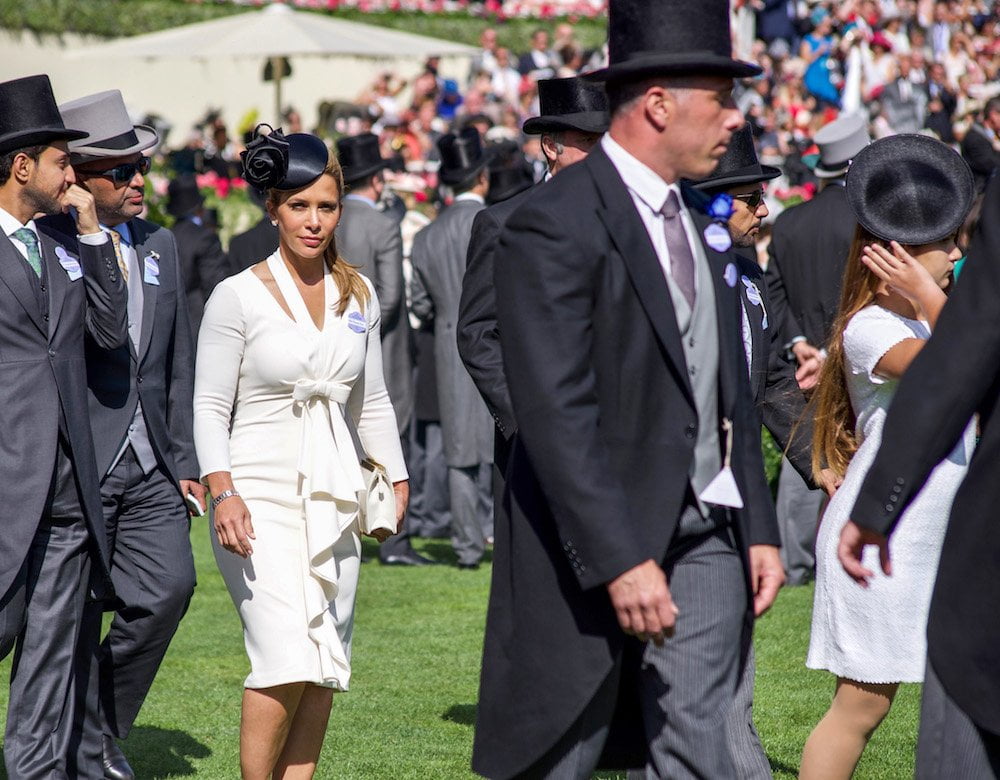 Race four was the big one. Billed as a clash of the seasoned stayer, Order Of St George, against the new star of the staying division, Stradivarius, it did turn out to be an epic battle – but it was with Vazirabad, not the Aidan O’Brien-trained joint favourite, that Stradivarius tussled with over the last furlong.  Such was their battle that Vazirabad pulled off one of Stradavirius’s back shoes in the process.

Stradivarius, Frankie Dettori and John Gosden got a hero’s reception as they returned to the winner’s enclosure and the crowd were treated to a full flying dismount from Frankie who was winning his sixth Gold Cup. Our heads were turned by John’s wife Rachel who looked stunning in a rich red outfit. 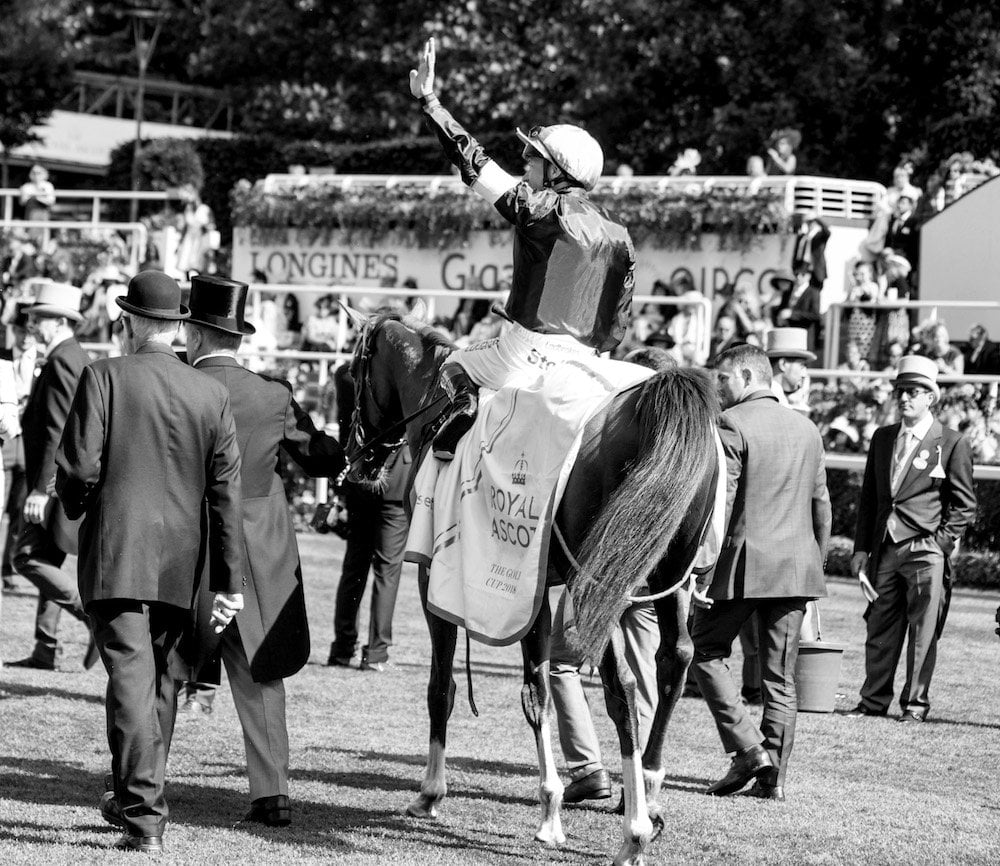 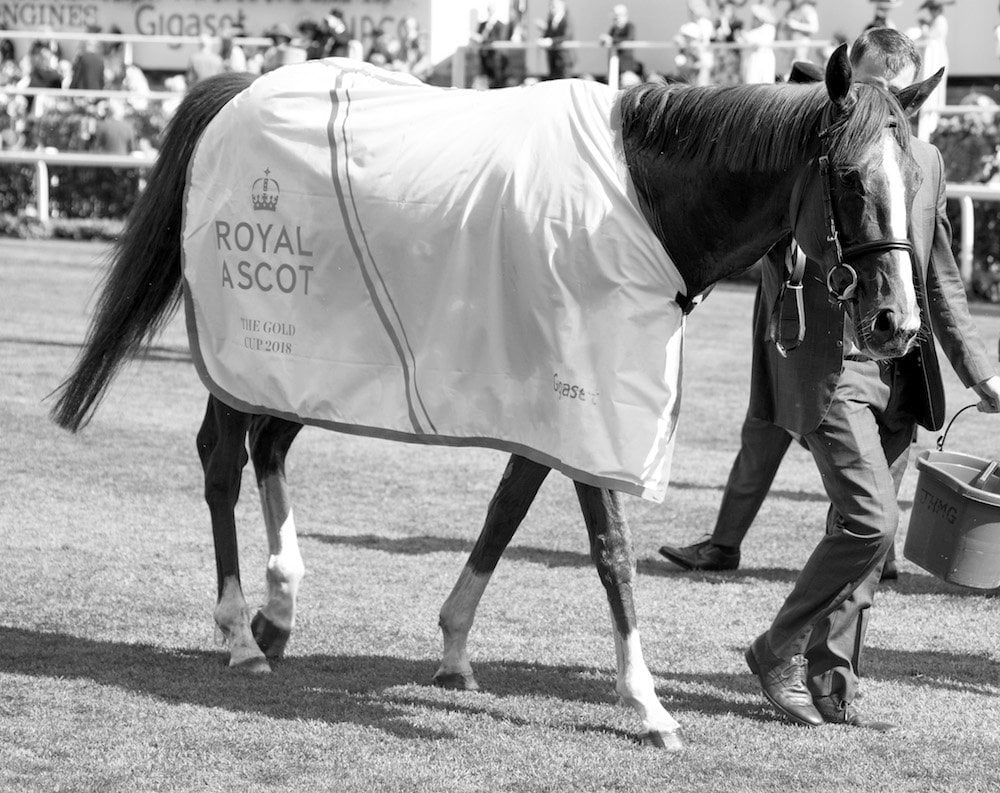 The Britannia Stakes followed the Gold Cup and in another close finish, the Simon Crisford-trained Ostilio held on nicely to win from Curiosity with Magnificent close up in third.

The final race of the day was the King George V stakes which was a Handicap. Baghdad (Mark Johnston) held on by a neck from the appropriately named Corgi with First Eleven in third.

We then made our way through the food court and out onto the main road where some enterprising ladies were selling flip flops for those with very tired feet!