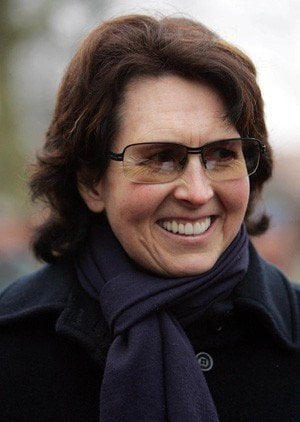 The £40,000 Listed Majordomo Hospitality Handicap Chase, the highlight of the card at Cheltenham on Friday, 11 December 2010, was first held in 1963 as the Bishop’s Cleeve Handicap Chase over three miles.

The distance of the race has alternated during its history, though the contest has always been run between three miles and three miles, one and a half furlongs (the present distance).

The very first running was held on a Monday and was won by 2/1 favourite John O’Groats, trained by Syd Dale at Epsom and ridden by Paul Kelleway.

In 1970 the race saw a fine weight-carrying performance from the seven-year-old The Dikler, who triumphed under the welter-burden of 12st. He landed his biggest success at Prestbury Park in the 1973 Cheltenham Gold Cup, edging out Pendil in a memorable finish. Fulke Walwyn, The Dikler’s trainer, had further success in this race with Prairie Dog in 1971 and Diamond Edge in 1980.

Rubstic, who landed the spoils in 1975 as a six-year-old for the trainer/jockey combination of Gordon Richards and Jonjo O’Neill, proved a staying chaser of high rank and went on to capture the 1979 Grand National for different connections, beating the 1977 Majordomo Hospitality Handicap Chase winner, Zongalero.

Mighty’s Honour became the first Irish-trained winner of the Majordomo Hospitality Handicap Chase when obliging for trainer Dan Moore in 1978. Only Flashing Steel in 1993 has added to that tally for Ireland.

The 1980s saw trainer Fred Winter land the contest on three occasions courtesy of Brown Chamberlin (1982), Musso (1983) and I Haventalight (1986), while Run And Skip, successful in 1985, showed that stamina was his forte by taking the Welsh National at Chepstow later that season.

Josh Gifford sent out the winner in 1984 in the shape of Door Latch, who went on to beat all bar a certain Desert Orchid in the 1986 King George VI Chase at Kempton. Gifford had first won the Cheltenham prize in 1979 with Jack Madness, and captured the Majordomo Hospitality Handicap Chase a further three times with the tough Yorkshire Gale (1995, 1996 & 1997), making him the most successful trainer in the race’s history.

Flashing Steel provided Irish handler John Mulhern with a profitable day out in 1993, coming home five lengths to the good over Ushers Island, with Topsham Bay further back in third. The winner, owned by the late Irish Taoiseach Charles Haughey, progressed to finish fourth to The Fellow in the Cheltenham Gold Cup later in the season and won the Irish Grand National at Fairyhouse under top weight in 1995.

In recent years, horses of the calibre of Marlborough (2000) and Kingscliff (2003) have claimed the Majordomo Hospitality Handicap Chase, while in 2005 the Paul Nicholls-trained Royal Auclair proved too strong for All In The Stars under an excellent ride from Liam Heard. D’Argent gave the trainer/jockey combination of Alan King and Robert Thornton a first success in the contest in 2006 when getting the better of New Alco and My Will in a thrilling finish, with two short-heads splitting the three horses.

There was another blanket finish in 2007 with just over two lengths separating the first four horses home. It was the David Pipe-trained Over The Creek who prevailed, just getting the better of Simon, Monkerhostin and Principe Azzuro.

The 2008 race went the way of Mon Mome, who ran on well to deny the 2006 RSA Chase victor Star De Mohaison by half a length. On the basis of that victory, he started favourite for the Welsh National at Chepstow later in the month, but could only muster eighth. He was then beaten on his next three starts before recording a famous 100/1 success in the John Smith’s Grand National at Aintree.

Last year saw The Package stay on well to beat The Tother One by a length for the same owner/trainer combination of David Johnson and David Pipe that prevailed two years earlier with Over The Creek. The winner returned to Cheltenham for The Festival and ran an another excellent race when going down by a head to Chief Dan George in the Festival Handicap Chase.

BACK TO:  GUIDE TO THE INTERNATIONAL AT CHELTENHAM